Best Hosting for Blogs: Why We Switched To Siteground And You Should Too

Many years ago we did what everyone else seemed to have done, we signed up with Bluehost to host our blogs. If you aren’t familiar, Bluehost is a service where you host your website and domain. If you’re a blogger on a self-hosted WordPress blog, you know you need to pay for hosting every month. After years of frustration with Bluehost, we switched to SiteGround for 5 solid reasons.  Here’s why we think this is the best hosting for blogs and small businesses.

5 Reasons We Switched To SiteGround, The Best Hosting for Blogs

We’re not techie people, and if you don’t have a developer to assist you with the backend of your site, you’ll be thankful for SiteGround’s customer service team. They make every aspect of using web hosting easy and straightforward.  It seemed every time we called Bluehost for an issue (which was often) they talked to their customers as if they were fellow coders making the conversations frustrating.

Have a problem or question? SiteGround’s Live Chat is hands down the easiest and quickest way to get a problem solved. They talk to their customers on a level that makes sense, unlike anything Bluehost ever did. Their response time is also super quick. If you prefer chatting on the phone, they are available as well for that!

2. They Make Transferring Your Site Easy

Unless you’re working with a developer, you’ll likely have to do some of these hosting things on your own. If you’re like us, that can be overwhelming and confusing. To transfer your site and domain over to SiteGround is super easy. They’ll walk you through the steps for your domain, and also transfer your site for you.

3. Their Servers Don’t Crash Once A Month

It seemed every few weeks or months, there was a major crash with Bluehost. There’s nothing more frustrating to wake up to your site being down and having no way to go about fixing it yourself. We get it, it happens with servers, but it shouldn’t happen this often! We’ve been with SiteGround for several years now and can count on one hand the number of times their servers were down. Plus, their downtime is usually much less significant than we ever experienced with Bluehost.

Load time for your site is super important. If your site is lagging to load, you may lose readers who don’t want to wait around for something to show up on their screen. This may cost you money and traffic to your blog. We’ve found that the load time with SiteGround is much better than our self-hosted VPN on Bluehost (that cost us extra!).

This may depend on your hosting plan, but for us, we nearly cut our yearly hosting costs in half. Even if they were the same price or more, we would’ve still switched for all the other great reasons we’ve listed here today.

They’ve got several plans on SiteGround and we chose the GoGeek plan which is only $11.95/month. We recommend this plan if you have more than 10,000 pageviews a month. Make the switch to the BEST hosting for blogs and small businesses today by heading to SiteGround here!

P.S. if you’re worried about switching from Bluehost because you prepaid for the year, Bluehost will pro-rate your plan and reimburse you the difference. It’s about the only perk to their service.

SEO Basics For Bloggers + How To Use Yoast SEO

How To Start A Blog Without Spending A Fortune 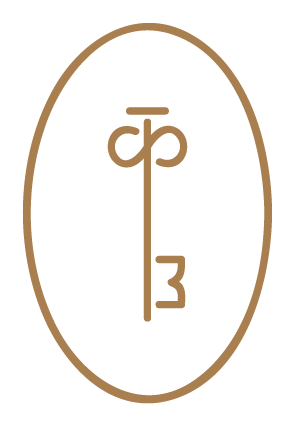